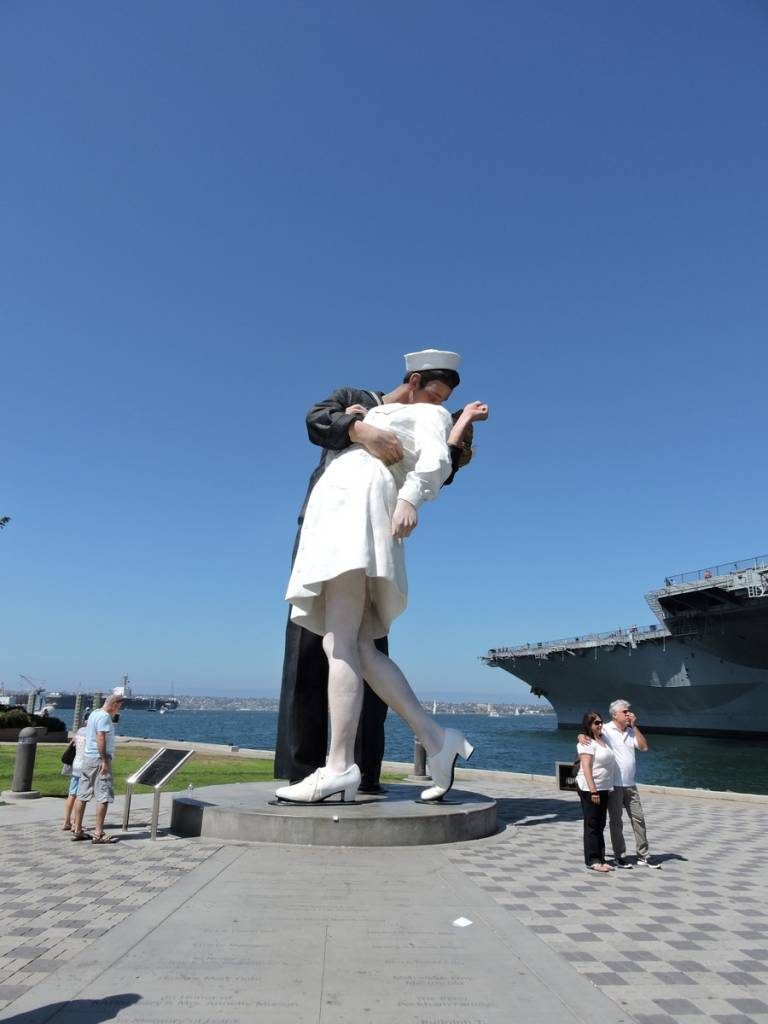 We both arrived separately (booking screw up) and safely at LAX and met up at the hotel in Anaheim. Doug’s meetings are in nearby Santa Ana. Doug worked Thursday morning, we did some shopping and errands in the afternoon)and on Friday he worked until 3 when he picked up Fran and we took off for a weekend trip to San Diego.

San Diego is where we’d spent honeymoon waaaaaaay back in 1981. We’d been back since then when we took our children to Disneyland and the SD Zoo etc. but never really spent time just enjoying the city and checking out where we’d stayed 35 years ago.

We arrived in San Diego after hitting some Friday afternoon traffic and checked into our hotel. We had some Pacifico cervesa and ordered a pizza.

Saturday we spent the day seeing the sights in the metro SD area: Coronado Island, the Gaslamp Quarter, The Kissing Statue, the Star of India ship outside the Maritime Museum, the new Central Library building and then strolled the Mission Bay beach at Belmont Park – California’s Coney Island cousin – before driving around Mission Bay to find “Vacation Village” where we’d stayed back in 1981. Fran actually remembered the name of the resort on Vacation Isle but where we thought it was located is now Paradise Point Resort and the security guard was quite confused when we asked him about “Vacation Village”. We googled it later and learned that the property changed owners and names back in 1998. 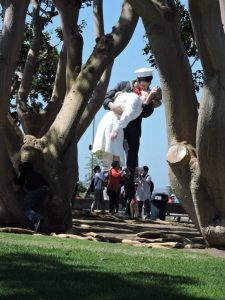 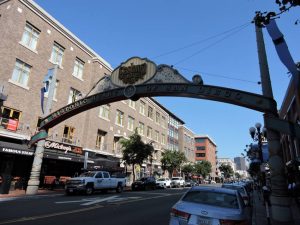 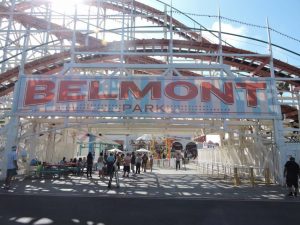 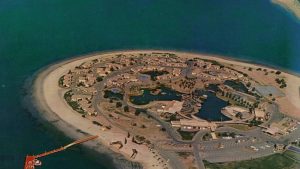 We then decided to take in a movie while back in the US and enjoyed watching Bridget Jones’s Baby and some hot popcorn (pricey here in California to go to the movies: $14 bucks ea for a 5pm show!).

Sunday we awoke to some fog that took quite a while to burn off. Our plan was to see the sights around La Jolla but as two of them involved seeing a “view”, they were kinda pointless that morning. We wandered the shore in the town and watched the seals and birds at the La Jolla Caves before heading down to Windansea Beach for a bit but it was still quite foggy. As we drove inland afterwards, and the sky was cloudless like on Saturday but when we hit Mount Soledad in hopes of the view, the ocean and surrounding land were still socked in. We ran a few errands and relaxed back in our hotel. 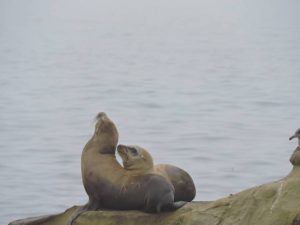 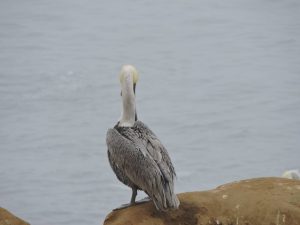 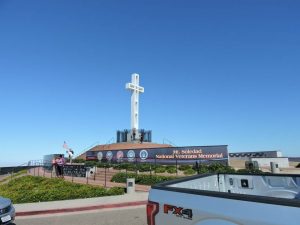 Monday we drove back to Anaheim to the same hotel and Doug worked for the afternoon. Tuesday he had to work all day and after work we drove to San Bernardino as the final full day meeting on Wednesday is being held there, with the pursuit interview early Thursday morning.

Fran enjoyed the fast internet and got our website updated, did laundry, walked and chilled.

Doug’s final day of work did not start very well. He did not sleep well and was up early for a walk. Upon returning to the hotel at six, he began to get ready and just before leaving, he could not locate the car keys. Fran suggested that he go out and see if he’d left them in the car and lo and behold – the car was gone! We called the front desk and the police and he took a cab to his pursuit meeting. We’d taken the car out last night to go for dinner and were back in our room by 8:30 ish.

We figured out that what probably happened was that there’s a hole in the back pocket of the shorts Doug was wearing last night (probably caused by the bulky keys) and the keys must have fallen out; unfortunately, a dishonest person picked them up and stole the car rather than turning the keys into the hotel reception as we would have. We parked right at the side entrance and our room was two rooms away from that entrance so we did not walk that far.

Our white rented corolla driving away at 5:19 AM without us…… 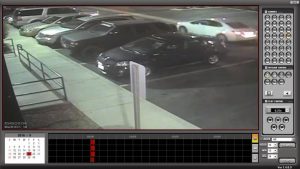 So Doug took a cab to the meeting and Fran began the “process” of dealing with the stolen car. She called:

Doug returned around 11 and walked over to Hertz about a mile away to get a one way rental to LAX. Unfortunately, Doug’s dress shoes were in the car and our Garmin was in the glove compartment of the car so we want to pick up a new GPS and have to pick up a package that is waiting for us at the Santa Ana office so we need more than just a ride to the airport tomorrow morning. Stressful morning all around. Thank goodness we did not have much in the car.

Later that day, while Fran drove the rental to Santa Ana to pick up the package, Doug was able to view the footage from the hotel security cameras that they gave us and you can see our car being taken and they managed to get some footage of the woman in a hallway. The manager told me that she was not a guest of the hotel and they also have footage of her trying the key in our hotel room, sees us asleep and leaves! So it appears when the car keys fell out of Doug’s pocket, so did our room key! Scary!  The media tells you not to travel south of the border because you’ll be “robbed, mugged or worse”.  We’ve been in Mexico and Central America for about a year with no such issues; only when we came to the USA did such a thing happen.  We have met other couples who also only had issues in the US.  Of course, things do happen in other countries but the hype about leaving the confines of the US and going south is way overblown.

So we filed a claim with the company’s insurance office, notified our insurance as a back up and have provided each with still photos from the security footage. Ball is in their court now.

We left San Bernardino Friday morning, stopped at Enterprise to drop off the Stolen Vehicle report and close out the rental and then dropped off our Hertz rental before taking shuttle to the airport for our flight back to El Salvador.

Next : Entering the “Banana Republic” »